On our way to Cornwall, Stonehenge was close to the way and and I wanted to see it for a long time. So we made a little detour after Bristol and camped very near. But there was so much else too look at in this area. We roughly planned a whole day to look at stone circles and other neolithic sites. As usual with my photography posts: click to enlarge.

We started the day slowly and arrived at Avebury for lunch. Then we had a look at the exhibitions in the thatched roof building known as Alexander Keiller Museum. The small round house on the picture is a pigeonry that belongs to the manor in the background. 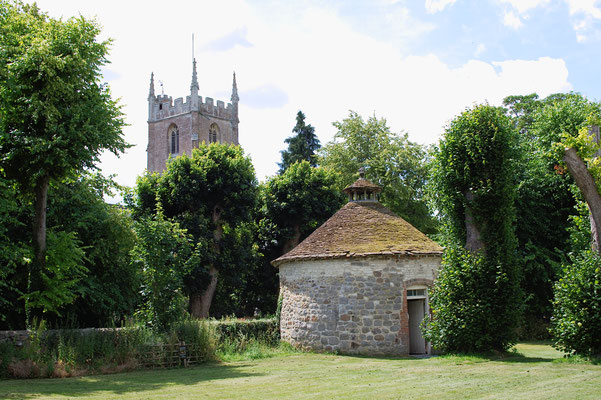 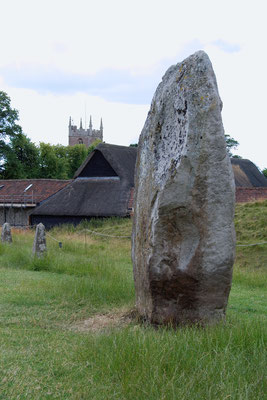 When we walked around the stone circle two things stood out to us. First the outer circle is really big, about a few hundred meters in diameter and second, there is a village in the middle of it. While many stones are not there anymore, the henge and ditch show it's dimensions.

We had to cross a some roads and then stopped by the pub for a pint. On-wards to the second half, we saw the remains of the two smaller circles and a lot of sheep. Away from (or towards) the stone circle leads the West Kennet Avenue, but we didn't have the time to explore.

But we stopped by The Sanctuary nearby, which was a stone and timber circle. Admittedly, it doesn't look very impressive, because there are only concrete blocks where the posts once stood. But the place had a certain feel to it and you could see people had left flowers and coins.

In contrast to the last landmarks, Stonehenge is very busy and you have to get a (paid) ticket. As we are members of English Heritage entry was free, but I booked online two days before. I choose the last time slot of the day, as I wanted the highlight with the least amount of other people. 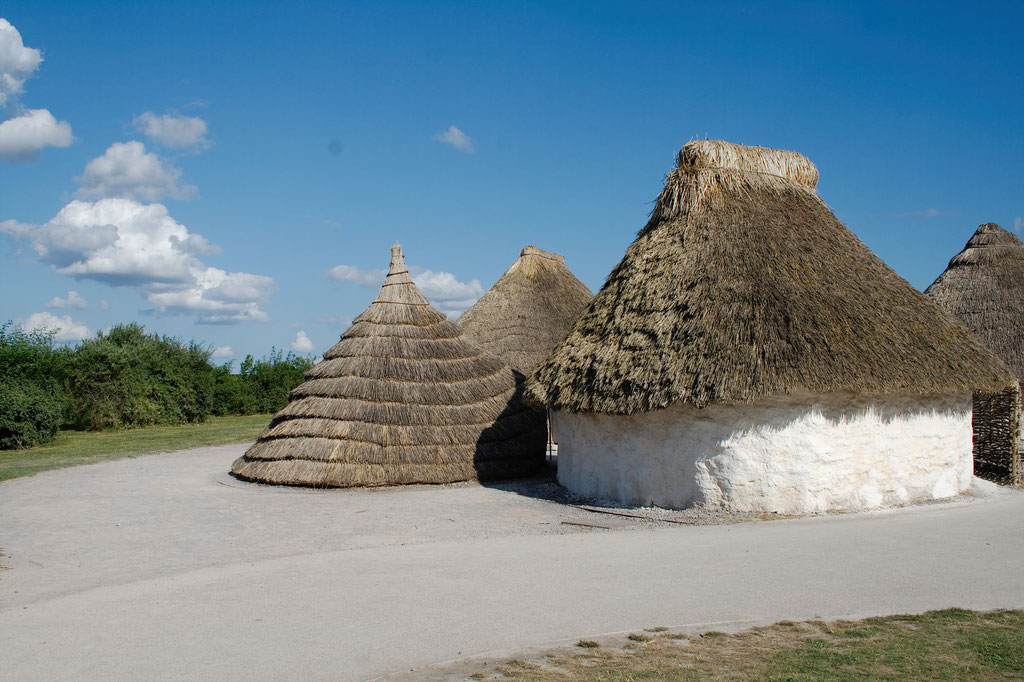 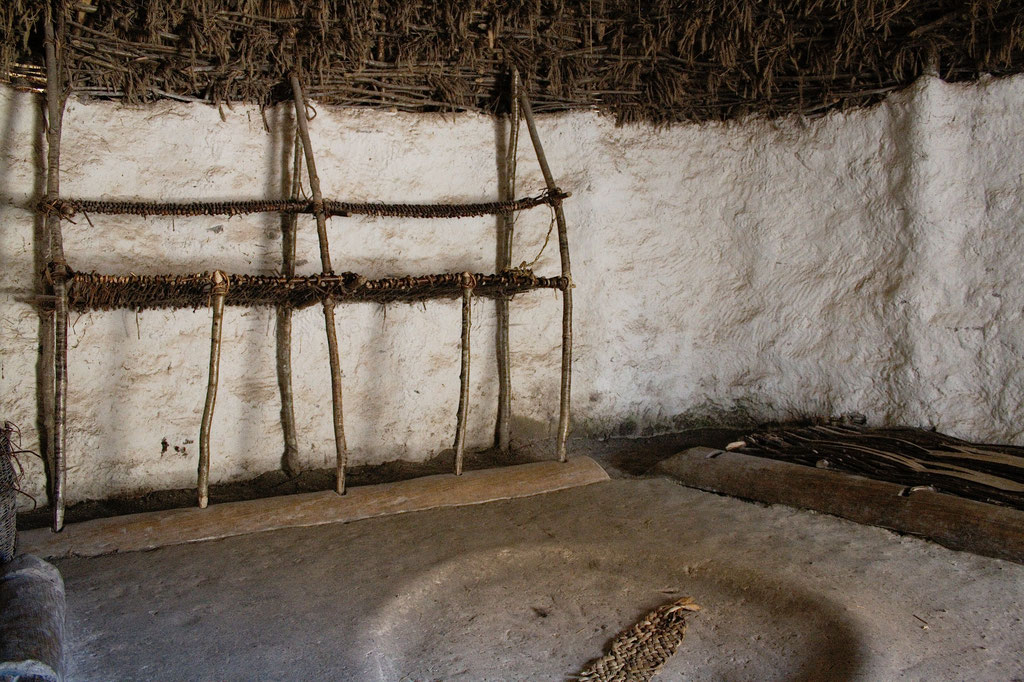 There was an impressive multi-media exhibition and reconstructed neolithic houses next to the modern building, where we spent almost an hour. Then we took the bus to the stone circle, but got out half way to walk the rest. I'd definitely recommend seeing it from the top of a hill first.

The above photo is the closest as you can get to the stones. With thousands of visitors every day it's understandable that the archaeological site has to be protected. As there where still too many around for my taste, we sat on the grass and listened to the audioguide until it got quieter.

There where also a lot of these curious black birds watching the people and coming rather close. I wondered if they where crows or ravens and found out later it's actually rooks (Saatkrähen). It was great to take the time to enjoy this place on a sunny (a bit windy though) late afternoon.

When we finally walked around, there where just a few people left and I could take some nice photos. We where the last people to leave the site, quickly made the picture with me and then took last bus. I'm sure I'll come back one day, hopefully for a small group tour where it's possible to get into the circle. 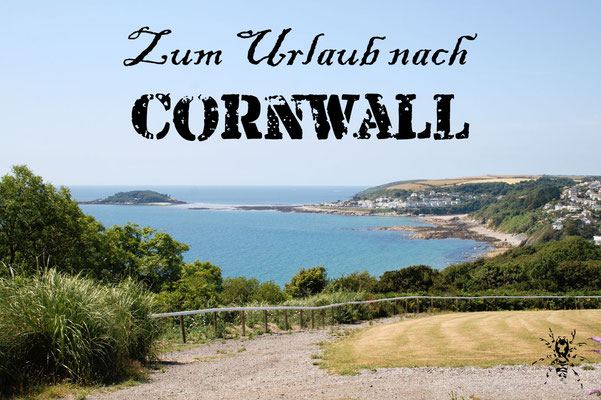 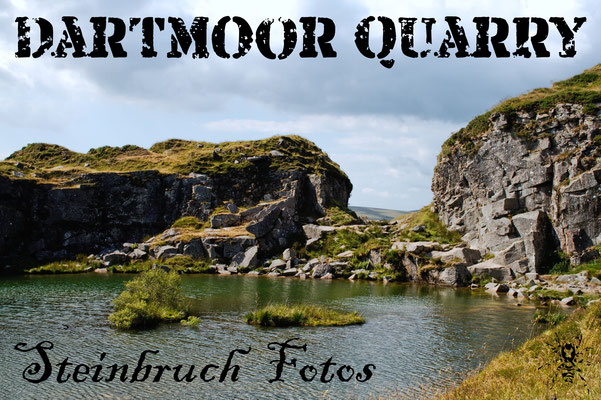 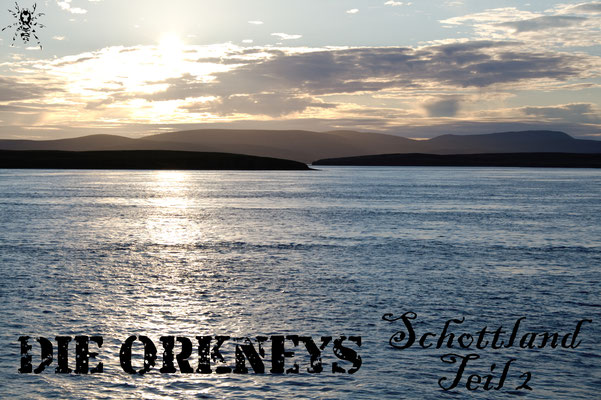